I’ve been wanting to try making some dynamic time-lapse videos for a while now. I’ve done a few static ones on the GoPro before but having less control over the output and shooting quite wide-angle certainly has its limitations. The ability to shoot in RAW in high quality and make the adjustments you would do in post is obviously the way forward. We we all have to start somewhere. I thought I’d just write about my first experience doing it.

I have recently acquired the Stage Zero 6-foot single-axis slider bundle for motion-controlled time-lapse and video footage. I quickly read the manual to learn the basic control functions, with the help of my friend Guy Richardson, slide intervals and travel speeds and then went out to play on Dartmoor one evening recently with the company of a good friend and photographer Neil Porter. 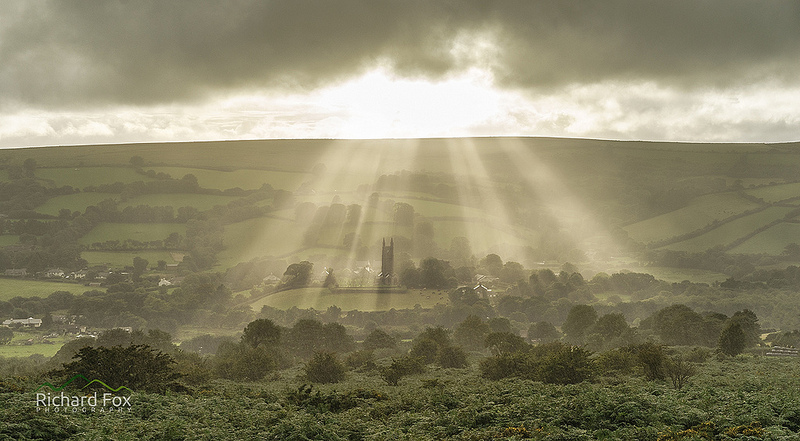 Widecombe in the Moor creps in the rain shower (That’s not noise its rain!)

We wanted to capture the sun going don on Widecombe Church but we ended up getting more than we bargained for as the gaps in the clouds gave some wonderful crepuscular rays, enhanced by the solitary, but heavy rain showers that passed over.

Unfortunately getting the slide rate took a little time, and in hindsight a little fast. I shot on aperture priority mode. It was aware that this wasn’t the best method but it was one less thing to worry about given this was my first attempt.

My A7R2 performed perfectly but the attached the Canon 16-35 f/4 lens got a bit splattered with rain, but couldn’t be helped. I managed to blow the rain off, but captured a few stills with my hand in. Luckily I was able to remove these in post with frame blending. To save some effort I shot in APS-C mode to reduce the RAW size. In hindsight this meant reducing the images to 12bit and a reduced dynamic range which isn’t ideal shooting into the sun. I also switched the rear monitor off using a custom button and also shot in full electronic mode. Battery life was my concern but I was using a battery grip and had loaded two high-capacity batteries. I was quite surprised that it only used 75% of one battery with 60 mins of shooting, so an external battery supply may only need using on an extended time-lapse over say several hours but that remains to be seen. 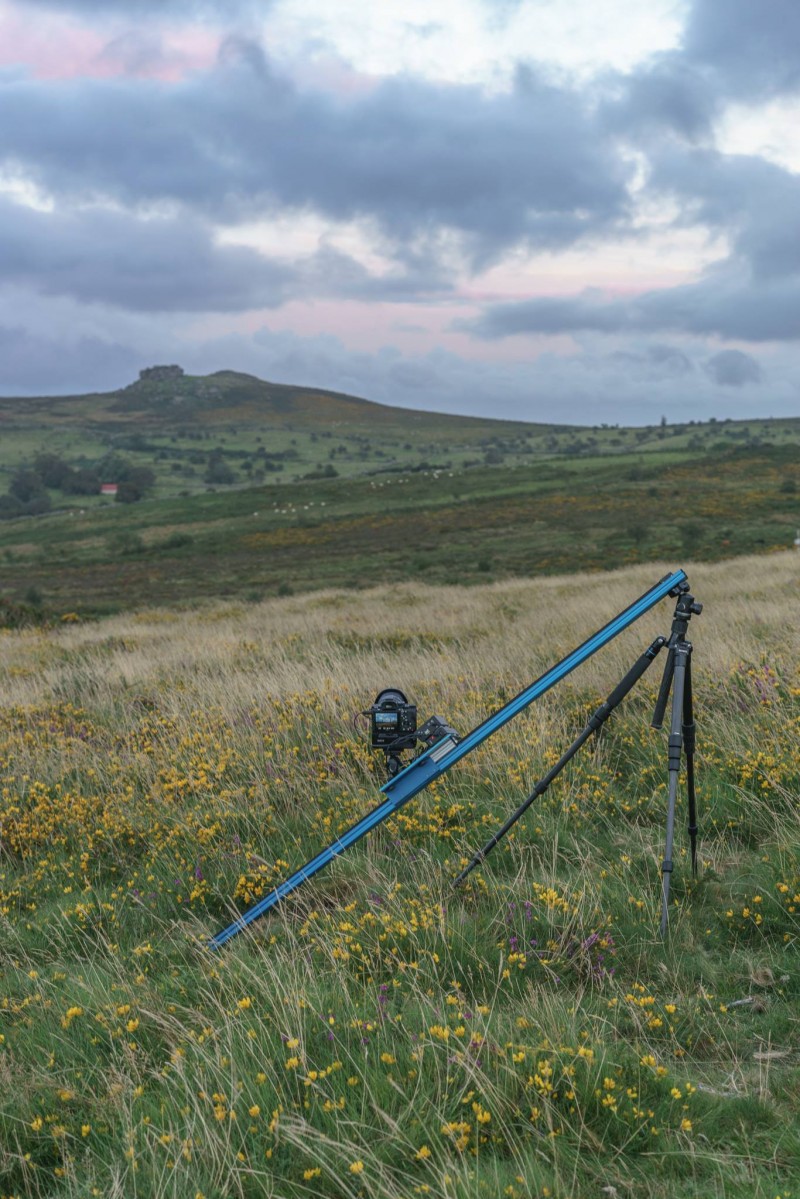 We shot the church scene and then at the end of the travel (a bit early) we moved onto a location near Haytor and shot the light fading and the clouds moving fast, some turning pink as the sun set behind. I shot it at 3 second intervals and in hindsight the clouds were moving very fast and 2 seconds would have been better. At ISO 100 the shutter rates were well below 1/60s. I used post to reduce the flicker but it wasn’t perfect. The next attempt I will choose manual and monitor the histograms to improve the workflow and result.

I also managed to use my A7R handheld (upping to ISO to 400) to grab the still above given the wonderful conditions.