I have to say it is only recently, since I have become a photographer, that I have started to appreciate this plant more. For quite a few years, especially whilst out mountain biking or walking around I would pass it by. But now, like carpets of bluebells, wild garlic seems to be more common than ever. Most people will know, when you brush up against their leaves you are instantly taken to thoughts of food (some do find it repulsive though it seems).

Allium ursinum – known as ramsons, buckrams, wild garlic, broad-leaved garlic, wood garlic, bear leek or bear’s garlic, is a wild relative of chives native to Europe and Asia.The Latin name is due to the brown bear’s taste for the bulbs and its habit of digging up the ground to get at them; they are also a favourite of wild boar.

Wild garlic often grows in large, dense colonies. The long, elliptic leaves are accompanied by angular (triquetrous or three-sided) flowering stems from April to June with umbels of white flowers at the top. Plants may reach 50cm (20in) in height. 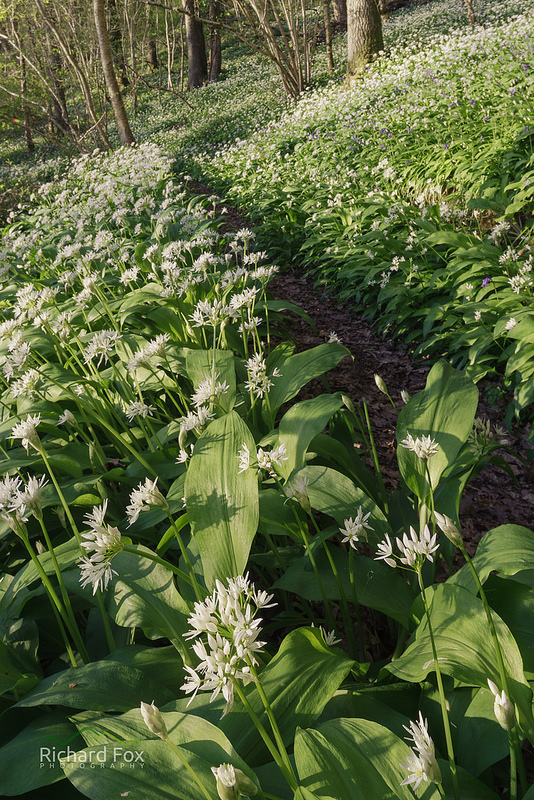 Crow garlic (Allium vineale) has more slender, rounded flowering stems and tubular leaves. It can reach up to 1.2m (4ft) in height. The actual flowers are very small but there are usually few of these in the flowering head which instead is made up of small, purplish bulbils. Flowering time is June to August. 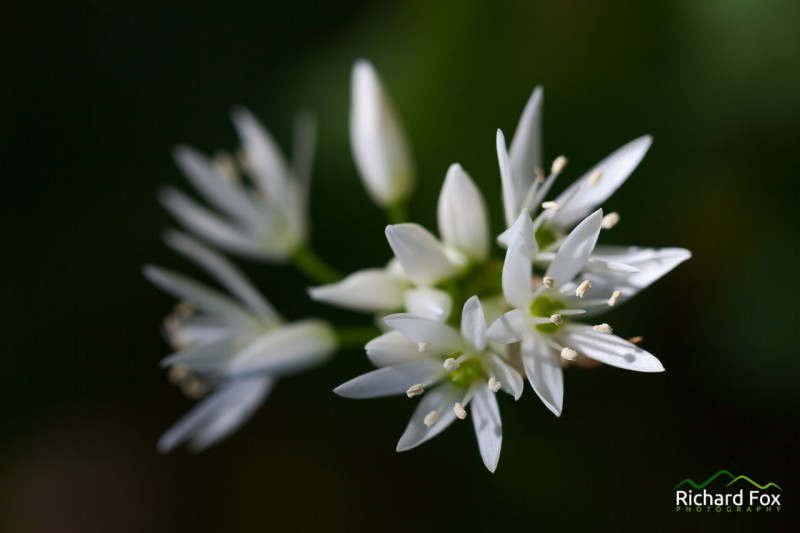 The leaves are edible; they can be used as salad, herb, boiled as a vegetable, in soup, or as an ingredient for pesto in lieu of basil. In our household however we use them as a spinach substitute such as pasta dishes, Indian curries and stir-fries. The stems are preserved by salting and eaten as a salad in Russia. A variety of Cornish Yarg cheese has a rind coated in wild garlic leaves. The bulbs and flowers are also edible although in my experience the flowers have a very subtle flavour. When eaten raw they have a very strong garlic flavour not unlike raw commercial garlic.

Some gardeners class this as a pest/weed as it spreads very easily and seeds can lay dormant for several years.

In Devon, near to my home most of the plants that I have seen tend to grow from Teignmouth all the way up the Teign Valley to Mortenhampsted but also over the South Hams especially Totnes . I’ve photographed them now for a few years and have tried to find locations where they are most abundant and also where there is a nice composition and sunlight. They normally grow in damp soils in woods, copses, valleys and similar moist shady localities which is why the valleys of Devon are particularly lush.

There’s a similar plant (below), often referred to as wild garlic but is in fact three cornered leek (Allium triquetrum), that’s native to the Mediterranean and has naturalised itself all over the British Isles, particularly in the South West and west Wales. The leaves are taller and finer and make a Y shape when cut across. It has a less garlicy flavour than our native wild garlic but can be used in the same way. It’s known as porros verdes or green leeks in Southern Spain where it apparently grows along the acequias that carry spring water from the mountains to the terraced fields below. 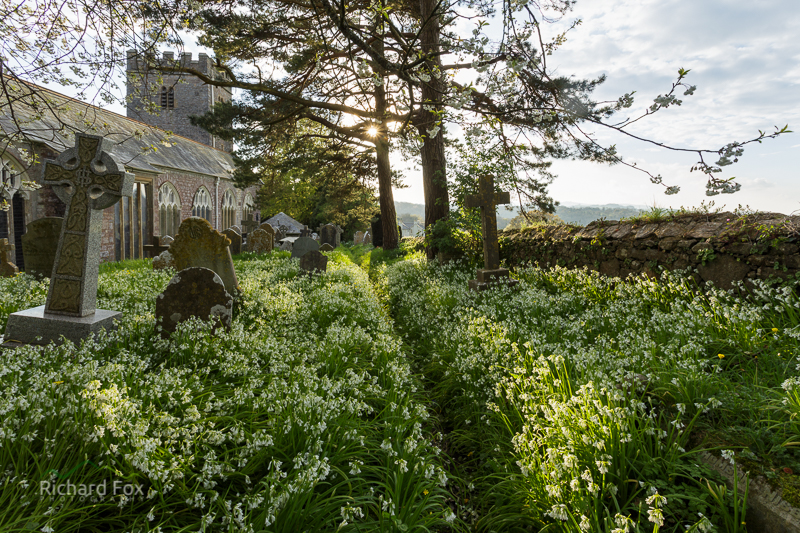